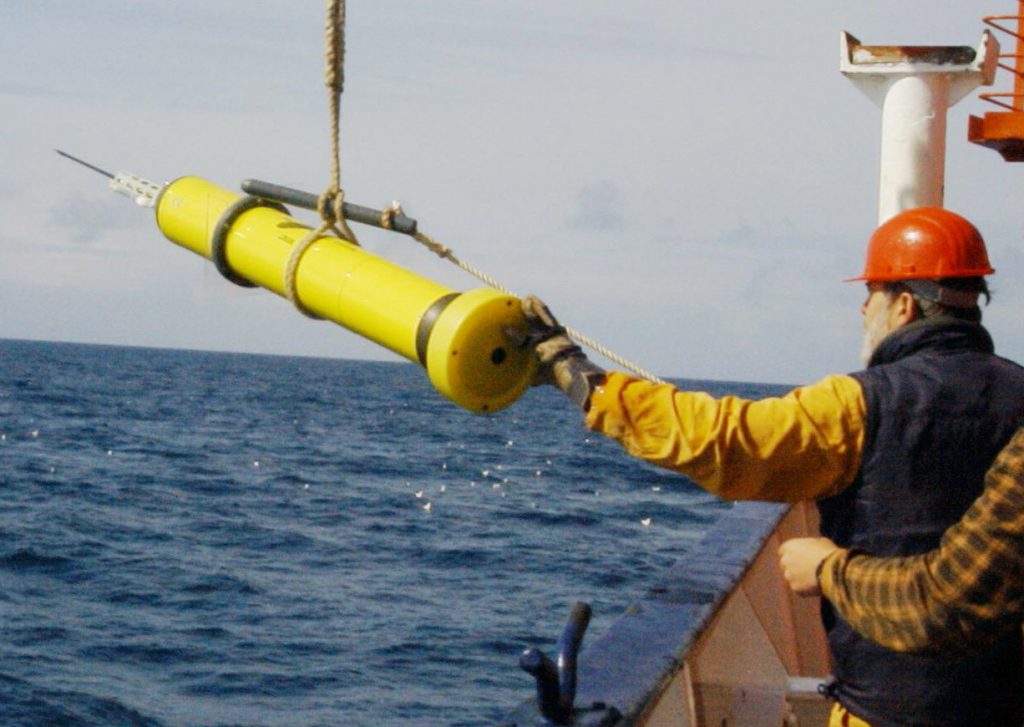 Argo grew out of the 1990’s WOCE project which set out to collect an unprecedented set of observations.  Part of the WOCE project included collecting data on ocean currents at about 1000 m throughout the oceans. To do this, Russ Davis from Scripps Institution of Oceanography in California and Doug Webb of Webb Research Corporation developed the Autonomous Lagrangian Circulation Explorer (ALACE). (Davis, 1991, Davis et al. 1992). ALACE floats used the principle of neutral buoyancy invented by John Swallow in the mid 1950s to follow the currents at a particular pressure level. (Swallow, 1955). Information on the history of the development and use of neutrally buoyant floats can be found at the UK Argo site and at the University of Rhode Island.

Each ALACE float rose to the sea surface at regular intervals to allow its position to be fixed by satellite. About 1000 ALACE-type floats were deployed by WOCE and the data from these floats is available online.  It was soon realized that as they rose to the surface, the ALACEs could also measure the temperature and salinity of the water through which they rose and towards the end of WOCE, most of the ALACEs carried temperature/salinity/pressure sensors. They became Profiling ALACE (PALACE) floats. (Davis et al 2001).

Two documents prepared simultaneously in 1998 by Dean Roemmich of Scripps Institution of Oceanography and Ray Schmitt of Woods Hole Oceanographic Institution explore the potential of using profiling floats to monitor the ocean:

Early in 1998, the International Steering Team for GODAE endorsed the broad concept of a global array of profiling floats and undertook to develop a plan. CLIVAR also considered these two proposals and gave them high priority in its implementation plan.

A scientific team came together under the chairmanship of Dean Roemmich and prepared two documents on Argo:

Thus the Argo project was born.