The Argo array is monitored by OceanOPS (formerly JCOMMOPS) which is located at IFREMER in Brest, France and is part of the Observations Coordination Group (OCG) under the Global Ocean Observing System (GOOS).  OceanOPS provides a global view of the Argo network’s operation and maintains Key Performance Indicators (KPIs) to give an indication of the status of the network, against its observing mission and monitors the global national contributions. Mathieu Belbeoch is the lead of OceanOPS and both he and Victor Turpin support Argo.

The OceanOPS dashboard, seen below, can be used to search the Argo array based on metadata such as float type, transmission system, country, deployment year, sensor type, etc.  There are also static and interactive maps in addition to the KPIs.  The dashboard is a powerful tool for monitoring the health and history of the Argo array. 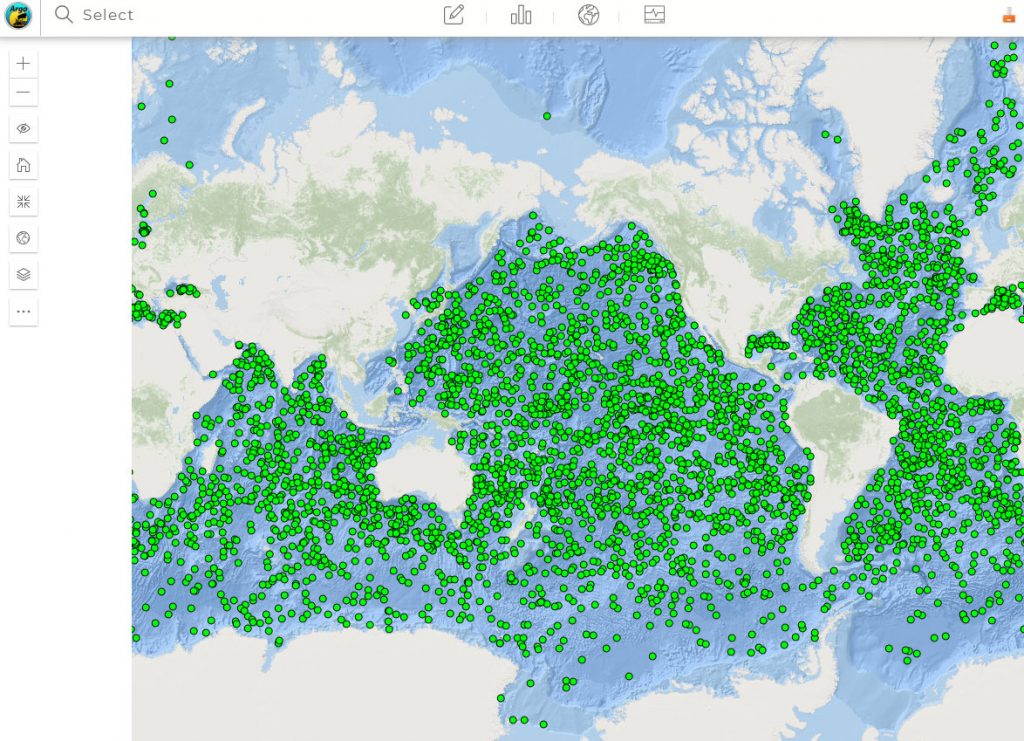 A primary function of OceanOPS is to implement resolution XX-6 of the Intergovernmental Oceanographic Commission  (IOC) of UNESCO. This resolution states that : “Concerned coastal states must be informed in advance, through appropriate channels, of all deployments of profiling floats which might drift into waters under their jurisdiction, indicating the exact location of such deployments.”

Thus OceanOPS operates a formal deployment notification process and some countries have given formal concurrence for the operation of Argo floats within their Exclusive Economic Zone (EEZ).  The framework now in place allows Argo to grow while complying with IOC rules.