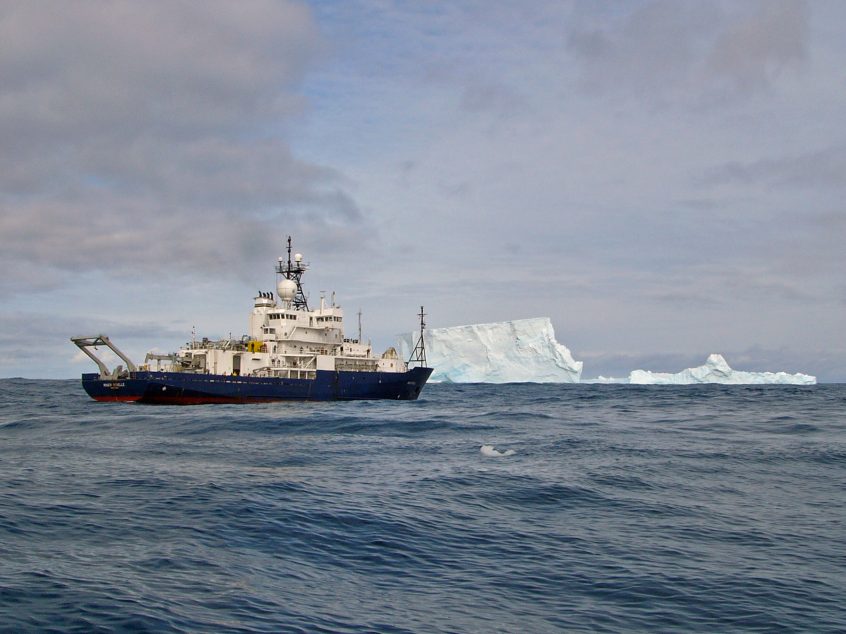 The 2007 “I8S” and “I9N” cruises on R/V Roger Revelle were part of a systematic and global re-occupation of select WOCE/JGOFS hydrographic sections to quantify changes in storage and transport of heat, fresh water, carbon dioxide (CO2), and related parameters.

Scientific objectives for the cruises included providing data for model calibration and validation, carbon system studies, heat and freshwater storage and flux studies, deep and shallow water mass and ventilation studies, and calibration of autonomous sensors (such as Argo).

Both the I8S and I9N transects were last occupied during 1994-1995 by R/V Knorr as part of the WOCE Hydrographic Program. 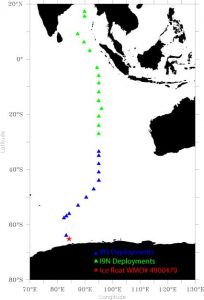 Argo deployments on the I8S and I9N cruises. Each triangle represents a float being launched.

A total of 28 Argo floats were deployed by the University of Washington (UW) over the course of the two cruises. Dr. Annie Wong deployed 14 on the I8S leg and Dr. Sabine Mecking deployed another 14 on the I9N leg. There are photos of floats being deployed from both cruises on this page.

The float with WMO# 4900479 was deployed amid Antarctic icebergs and albatross by the R/V Roger Revelle on 26 February 2007, near the West Ice Shelf in the South Indian sector of the Southern Ocean. The ship sailed as close to the austral summer ice edge as weather and ice conditions permitted and successfully completed an Antarctic shelf-slope-basin CTD transect before it left the sea ice zone for the deeper ocean. “Ice float” 4900479 was deployed in deep water (> 3000m). The ship’s caption and bridge staff are to be commended for their navigational expertise in bringing the ship to this remote and beautiful corner of the world.

Float 4900479 forms part of a group of UW floats deployed at high southern latitudes as part of the International Polar Year. The floats are APEX floats that have undergone extensive software modifications at UW. These “ice floats” are programmed to check for the presence of sea ice above and to store profile data internally when ice is detected. 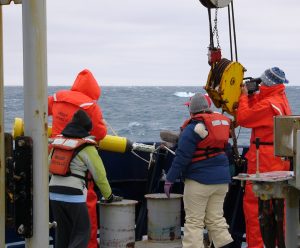 Launching an Argo float from the Revelle on I8S.
Photo by Dr. Jim Swift

has a temperature roughly equal to the freezing point of sea water at zero pressure, which is about -1.8°C.

Usually an ice float will stop at a distance 5-7 m below the sea ice before sinking back to its parking depth (1000m). When ice is present, the float will not come to the sea surface for satellite transmission. Data are stored on board the float until the float determines (from the mixed layer temperature) that the sea surface is free of ice.

All UW ice floats use lithium batteries and can store up to 68 2000-m profiles, and all transmit data via the Iridium satellite system, which has a high bandwidth and thus a high transfer speed. Using Iridium is a must for ice floats because of the requirement to transfer many months of stored winter data.

Float 4900479 was last heard from in July 2007, in the middle of austral winter. The University of Washington scientists who deployed the float believe that it is presently submerged below winter sea ice and look forward to its resurfacing in the austral spring and the transmission of a large suite of winter profiles. 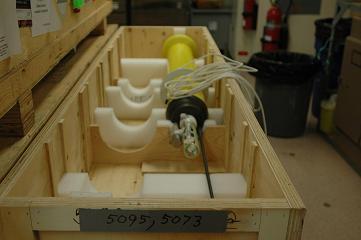 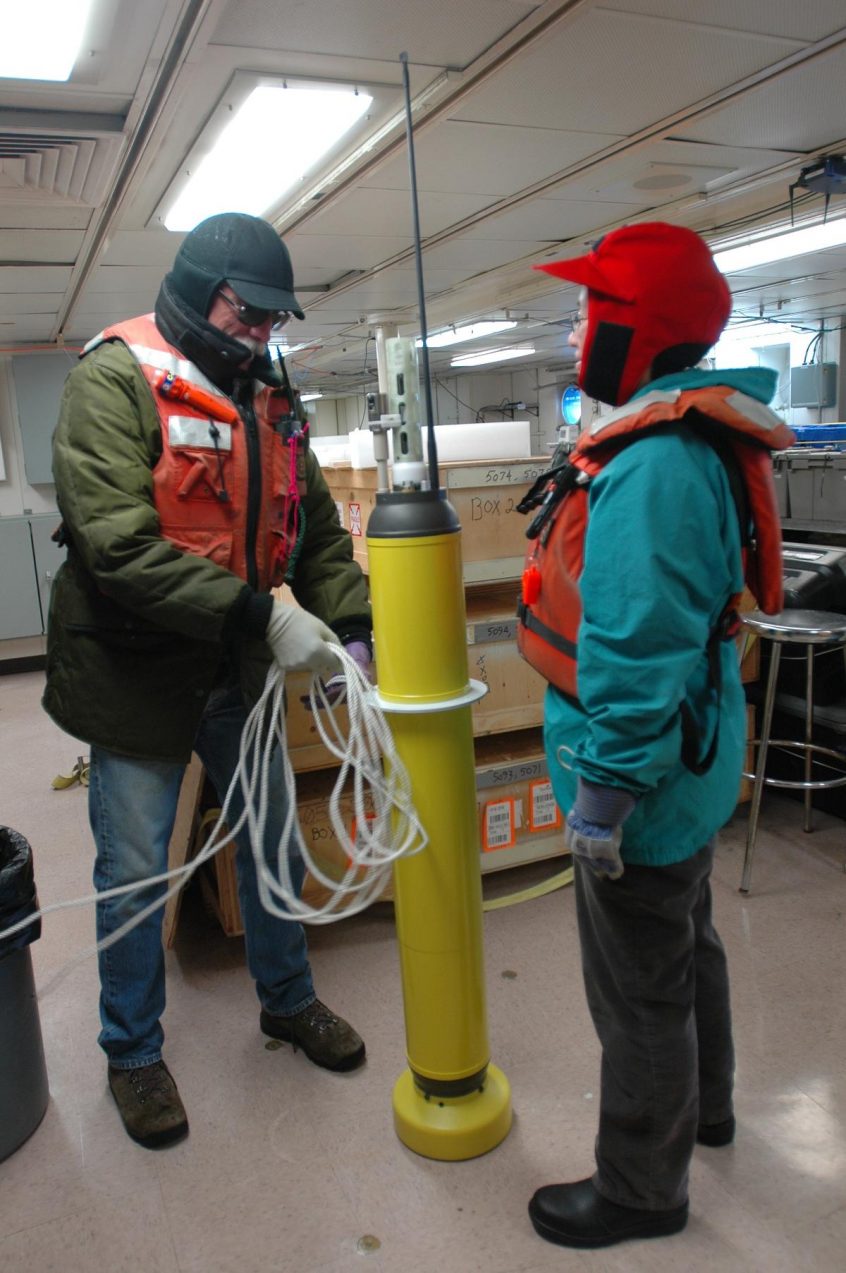 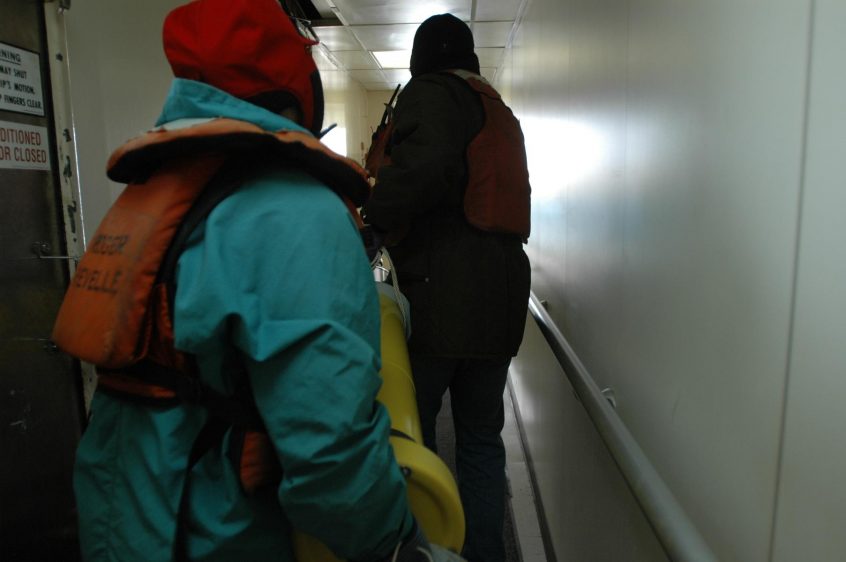 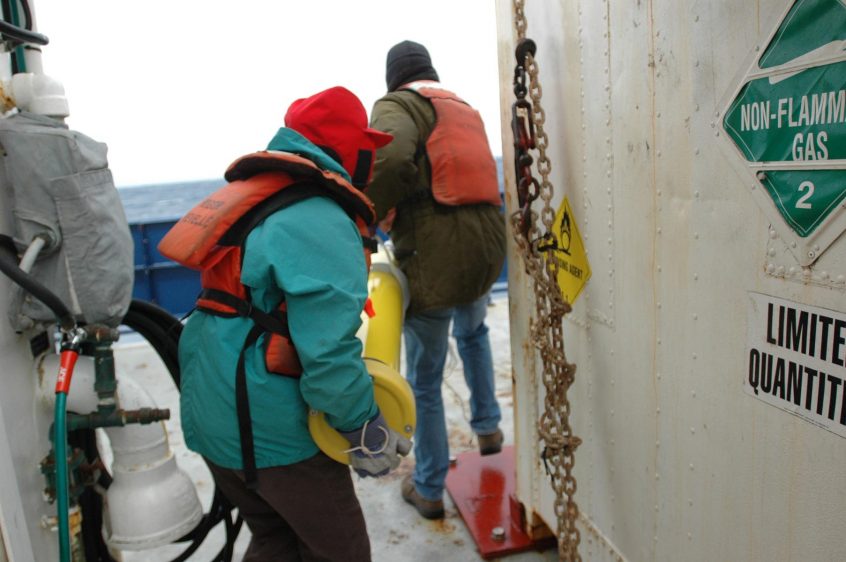 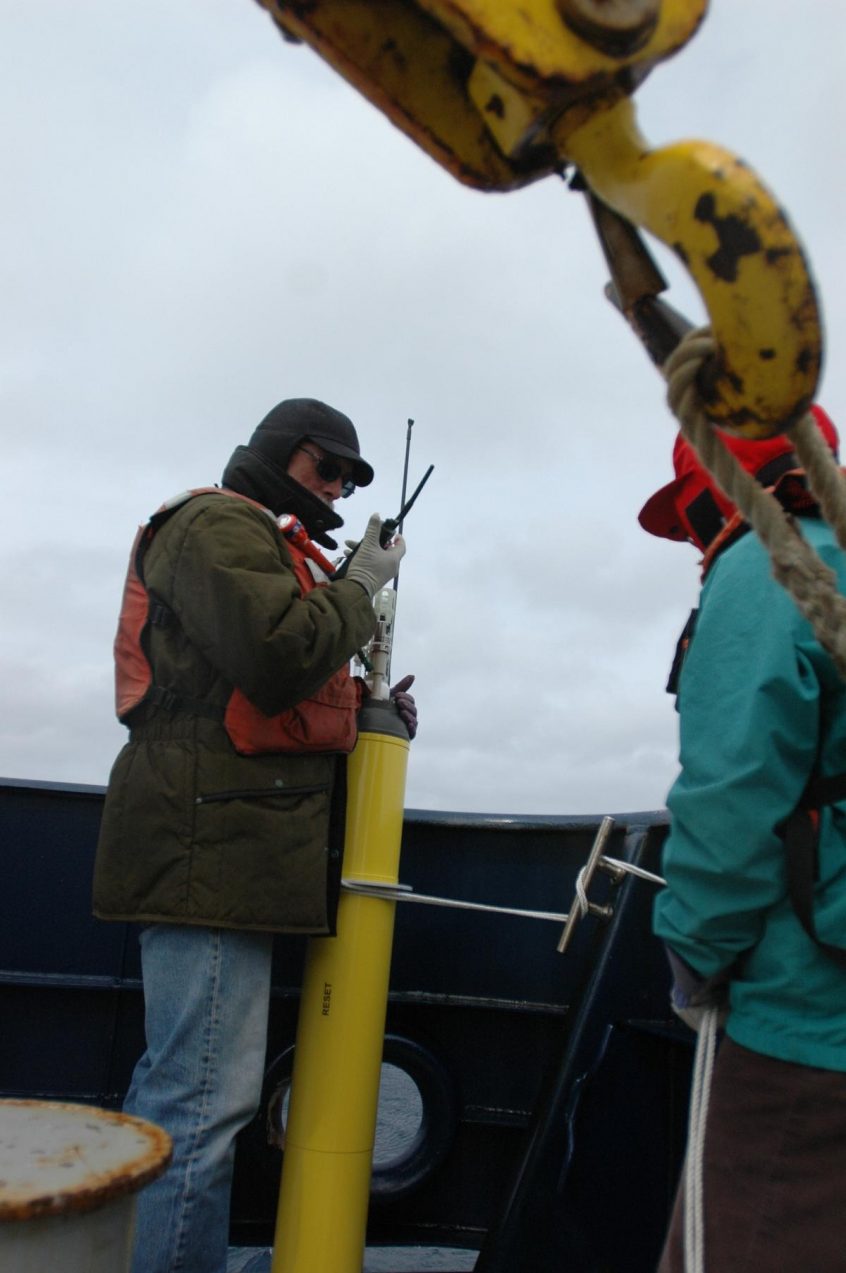 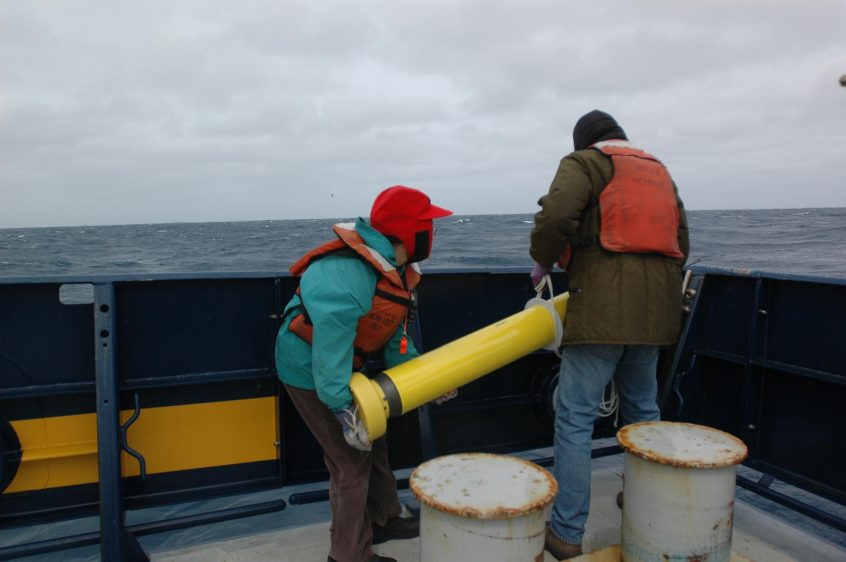 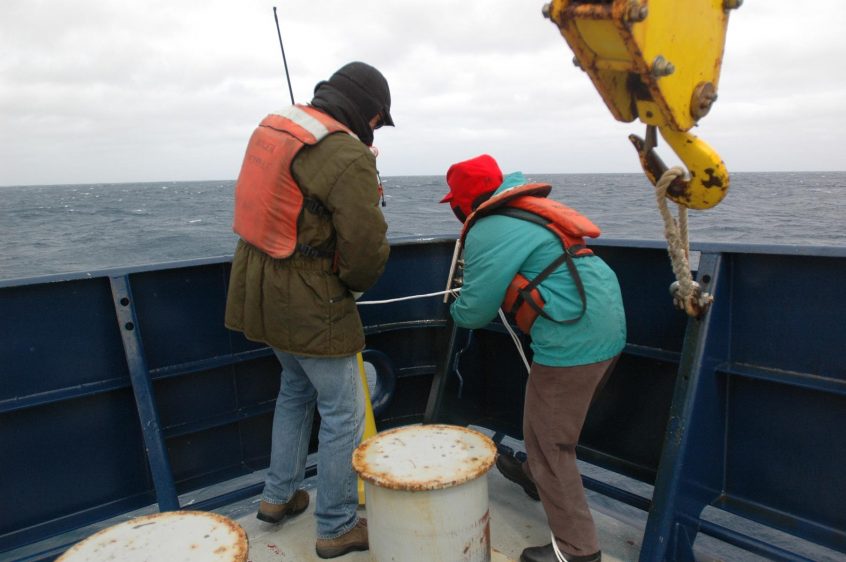 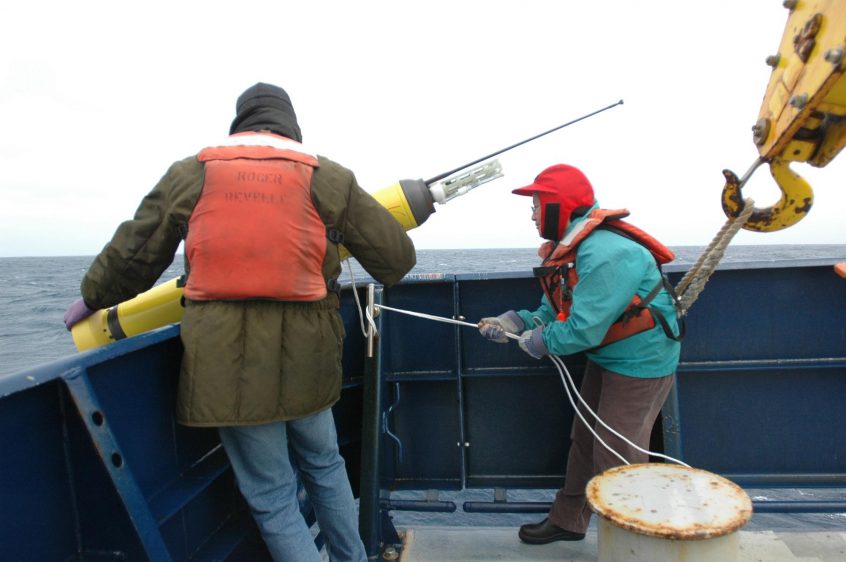 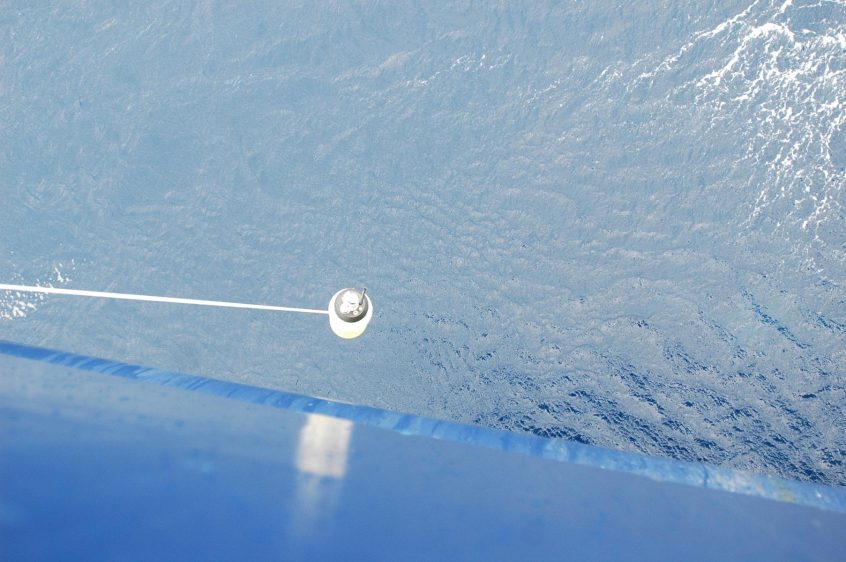 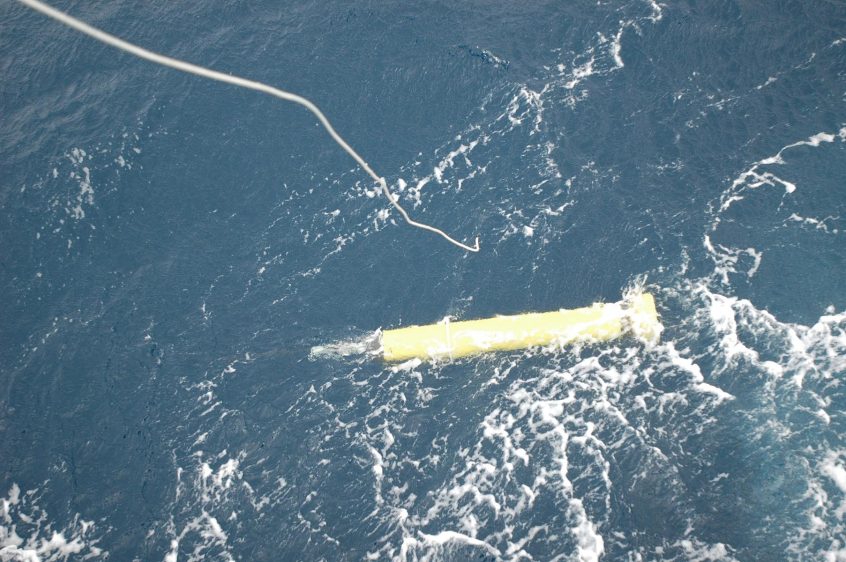 Short video of the Argo float deployment shown above.

Photo gallery from I8S and I9N 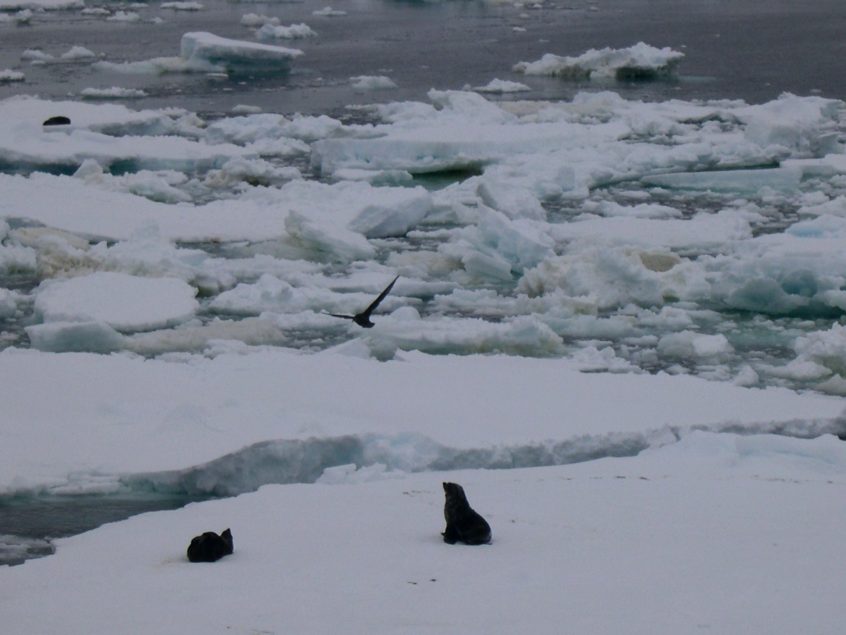 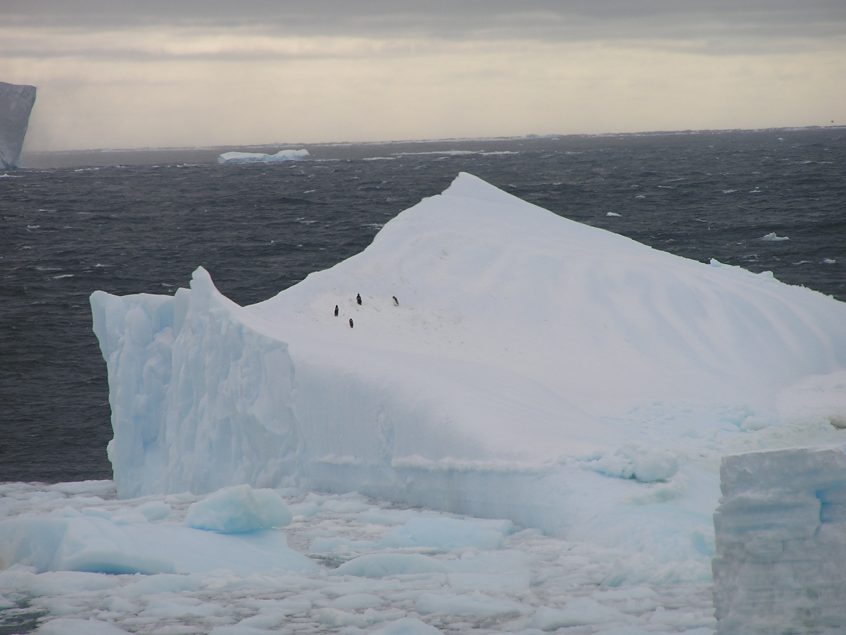 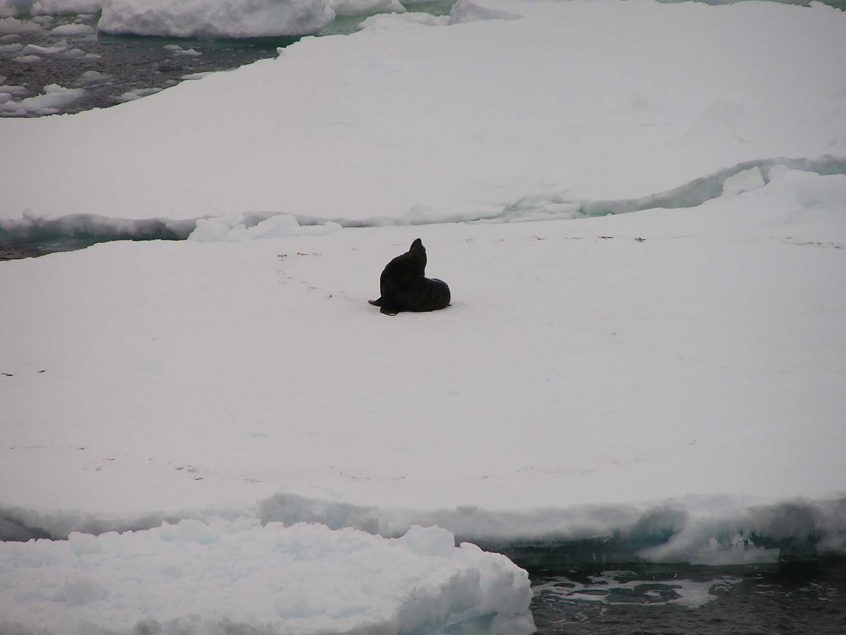 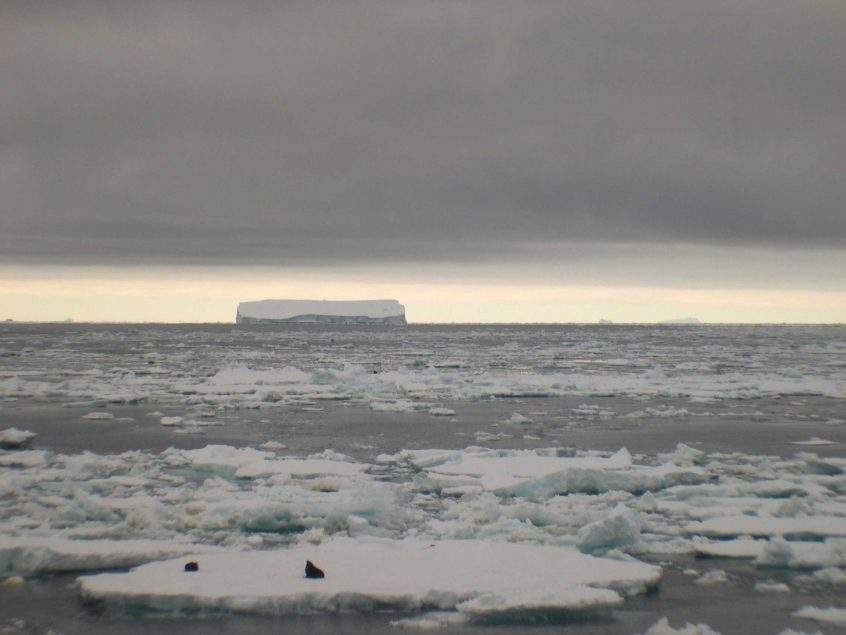 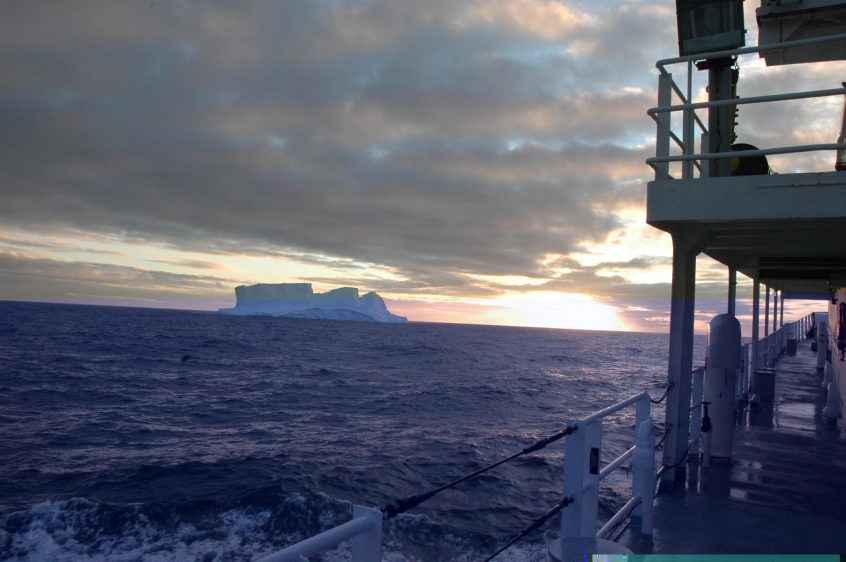 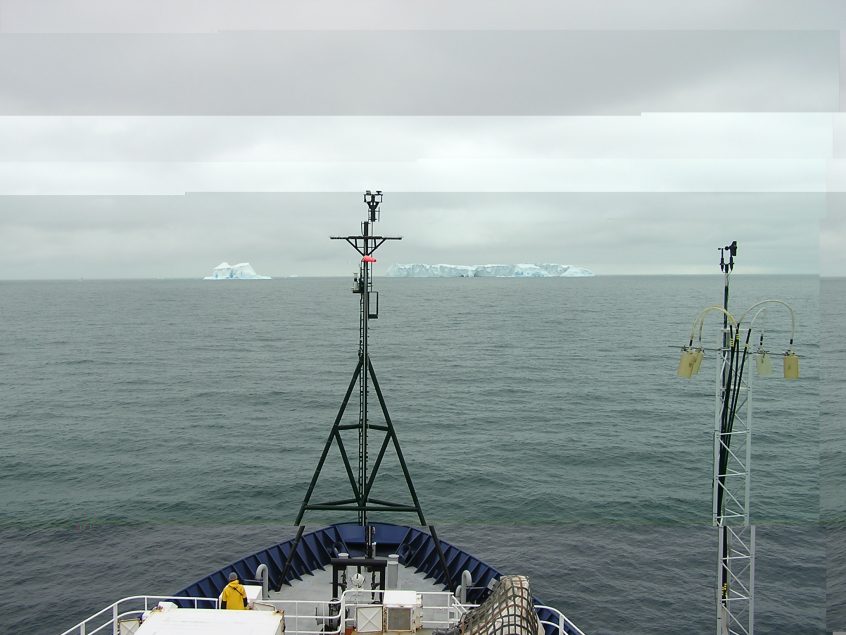 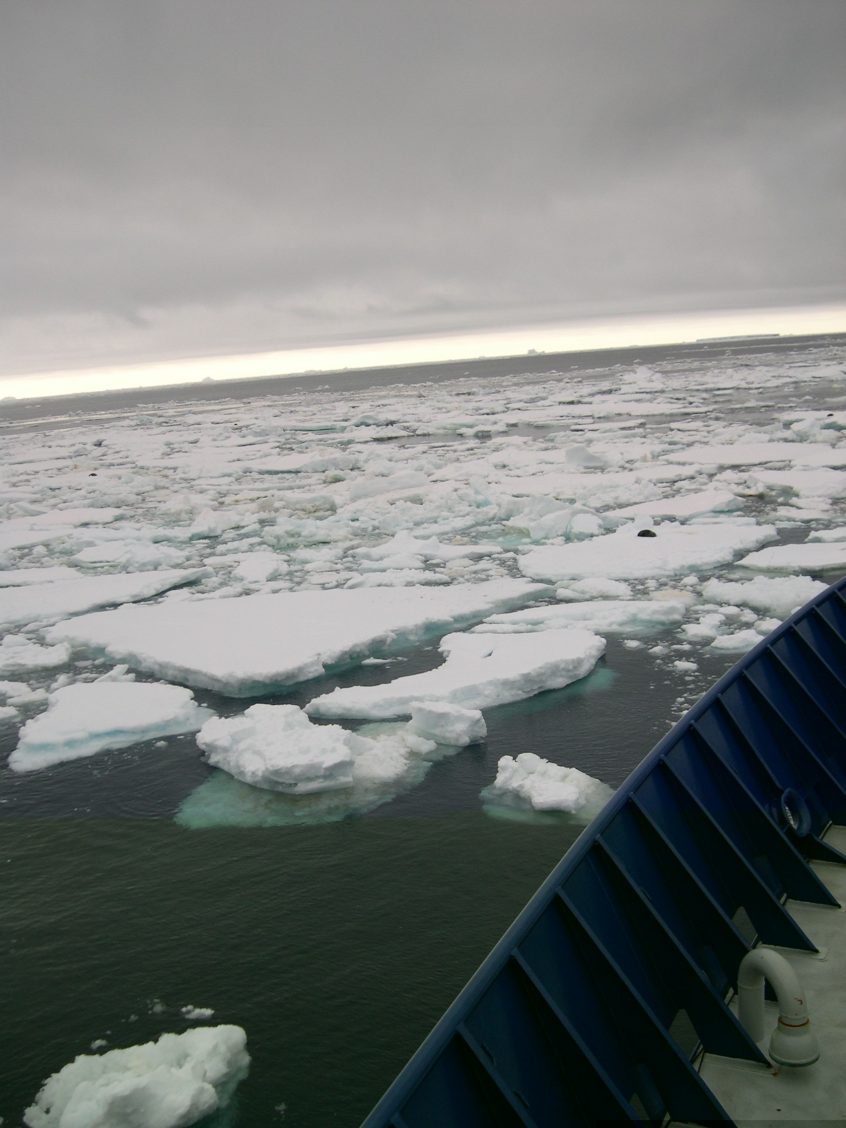 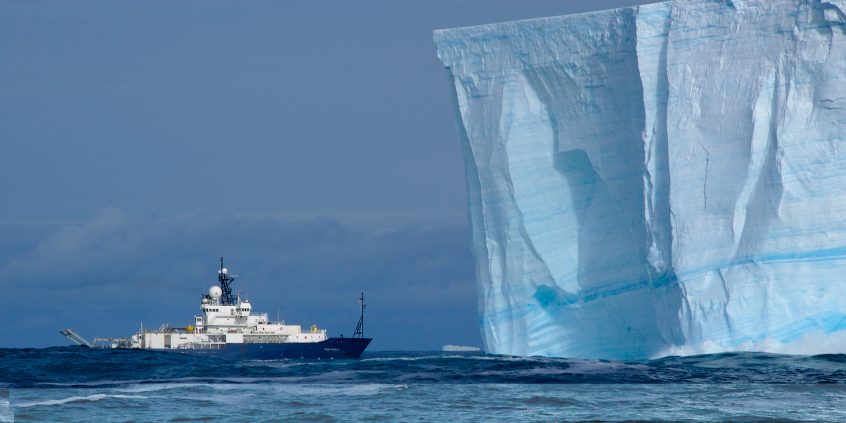 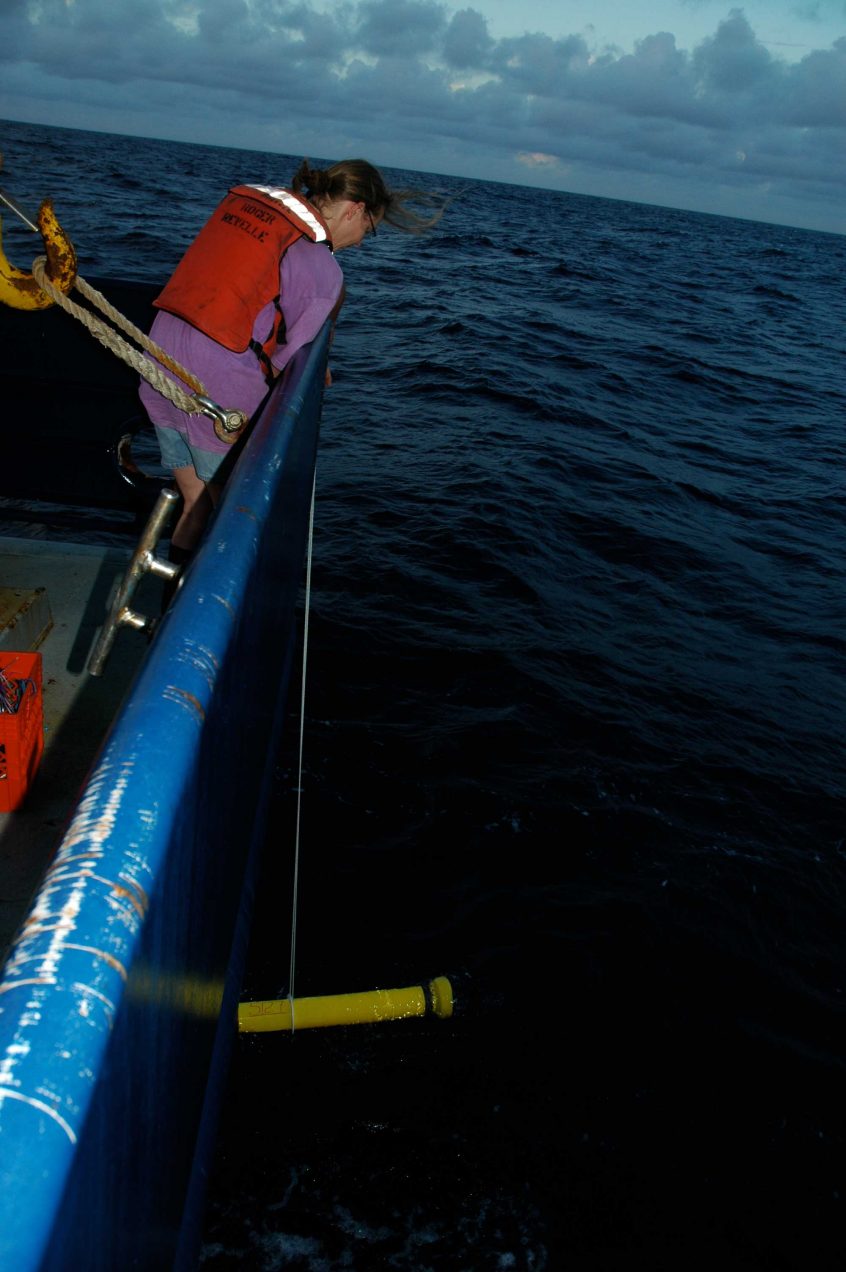 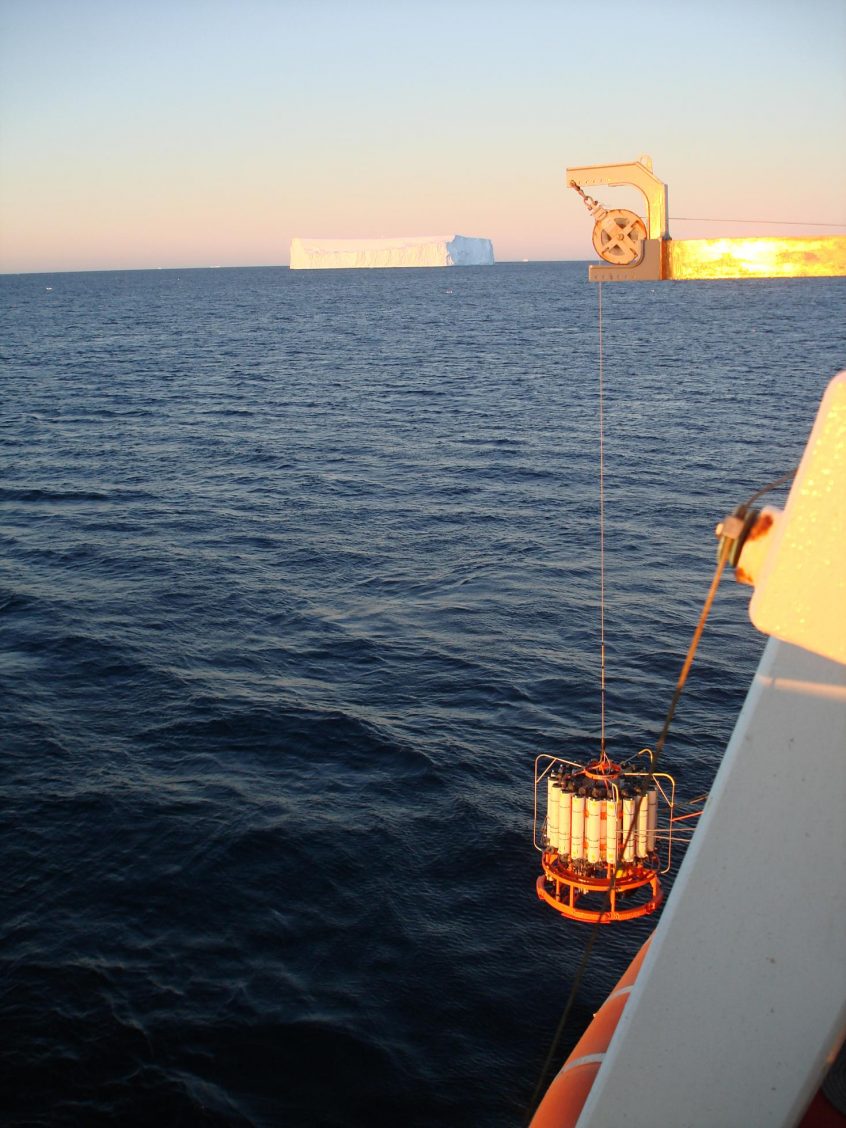