Argo was awarded the IEEE Corporate Innovation Award in the spring of 2022.  The award was “For innovation in large-scale autonomous observations in oceanography with global impacts in marine and climate science and technology.”  The Argo Program would like to thank both IEEE for this award and all the many, many people who have contributed to Argo over the years and made this award possible.

Susan Wijffels and Megan Scanderbeg accepted the award at a ceremony in May 2022 where Susan gave a short speech thanking IEEE for the recognition as well as the entire Argo team.  The video below was created by the IEEE Award Recognition Team and was played before Susan gave her speech.  To view the video and acceptance speech, click here.  Dean Roemmich, his wife Christine, and Emily Smith were also in attendance. The glass award is currently on display at NOAA in the USA. 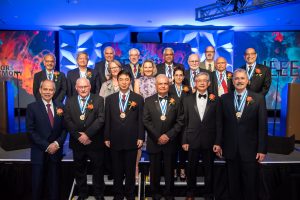 All the award winners at the 2022 IEEE Awards 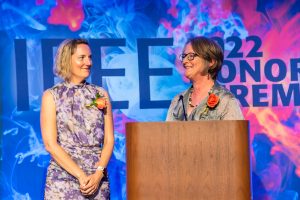 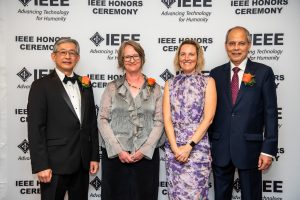 Susan Wijffels and Megan Scanderbeg with the current president of IEEE (K. J. Ray Liu) on the left and the president elect (Saifur Rahman) on the right. 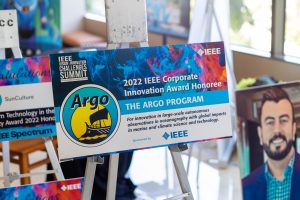 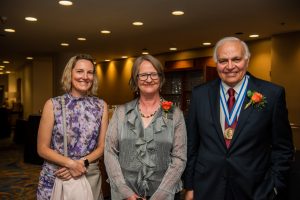 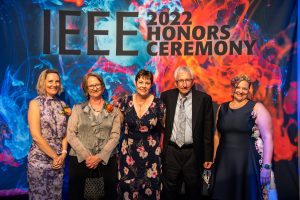 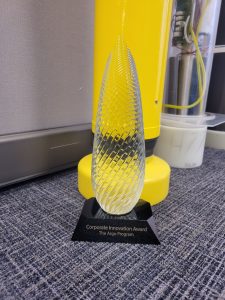