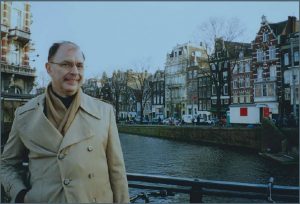 Dr. Stephen (Steve) Piotrowicz had a tremendous impact on the Argo Program as the NOAA fund manager for the US Argo Program from 2001 until April 2018. He was deputy Director of the National Office for Integrated and Sustained Ocean Observations and helped Argo grow to a global array of almost 4000 floats. Argo data are used worldwide by researches in multiple disciplines including oceanography, meteorology, and global environmental change and provide fundamental information for ocean, weather, climate and regional forecast models at NOAA and other institutions nationally and internationally. A 2015 National Academy of Sciences report, titled “Sea Change: 2015-2025 Decadal Survey of Ocean Sciences (2015),” had this to say about the Argo program: “As the first observing system for the global subsurface ocean, the international global Argo array of over 3,000 profiling floats has transformed how large-scale ocean processes are studied and has blazed organizational trails that may guide developers of future oceanographic observing infrastructure… Argo is a case study of how transformational discoveries result from a good alignment of infrastructure with science priorities.” Steve received his second NOAA Administrator’s Award in 2016 for his passionate and tireless contributions to the international Argo program, and for his contributions to the advancement of global oceanography within NOAA and the international community.Steve was an outstanding communicator. He enjoyed speaking to diverse public audiences about the Argo program and how it is evolving our understanding of the ocean. He was also a champion for oceanography education through activities such as the National Science Foundation’s Dissertations in Chemical Oceanography (DISCO) symposium, and a range of Argo/oceanography videos and books targeting elementary schools. Steve will be remembered as a brilliant scientist, a charismatic leader, and a positive influence within NOAA and the international oceanography community. 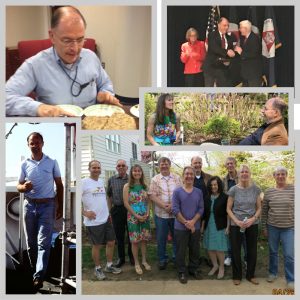 The Argo Program has honored Steve by placing a small cross containing some of his ashes inside an Argo float. Please see the video below of the deployment of float 5905646. The map shows the float’s deployment from the RV Kaharoa on 23 July, 2018 at 31.36°S and 171.4°W with a red circle and the rest of the float profile locations in blue. The RV Kaharoa has deployed more floats for Argo than any other vessel and Steve strongly supported this effort to use the RV Kaharoa as a dedicated Argo float deployment vessel. The memorial APEX float is owned by the University of Washington in Seattle, Washington, USA and the float data can be viewed and downloaded from the JCOMMOPS website using the link for float 5905646.

Where in the world is the memorial float?