Trajectory 3.1 files are now available on the Argo GDACs. These re-designed trajectory files still contain two groups of variables divided into arrays of different dimensions: the N_MEASUREMENT and the N_CYCLE array. The major changes are highlighted below. To read the new format in detail, please refer to the latest version of the User’s Manual on the documentation section of the ADMT website.

The N_MEASUREMENT variable group contains all the raw data from the float including the locations, cycle timing information, and measurements from the float. There are a few new variables and modifications to the current JULD variable. 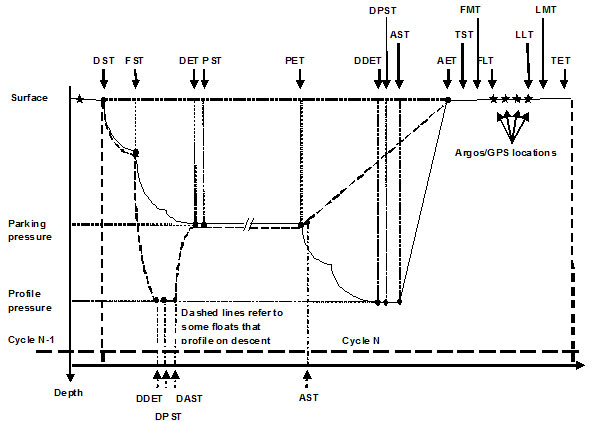 R files will contain only real time data and will be created by DACs. Real time data means raw data plus any cycle timing estimates that can be done in real time. Estimated data will be in the ‘JULD_ADJUSTED’ variable. If this is not possible, there will be only raw data in ‘JULD’ variable in the R files.

This means that a float could have only an R file or both an R and a D file depending on the stage of delayed mode data.