The Southern Ocean Carbon and Climate Observations and Modeling (SOCCOM) program started in September 2014 as a six-year initiative funded by the NSF’s Division of Polar Programs, with additional support from NOAA and NASA. SOCCOM’s mission is to drive a transformative shift in understanding of the role of the Southern Ocean in climate change and biogeochemistry. The program, with its headquarters at Princeton University, has been extended to a total of ten years and will have deployed more than 300 floats by the end of this period. As of June 2020, SOCCOM has an array size of about 150 ice-capable biogeochemical profiling floats throughout the Southern Ocean and 30 more floats per year will be deployed until 2024. The floats provide a profile every 10 days of temperature, salinity, nitrate, oxygen, pH, optical backscatter, and chlorophyll fluorescence to 2000 m depth. These observations are assimilated in a biogeochemical ocean model, the Biogeochemical Southern Ocean State Estimate, which provides high quality air-sea flux “reanalysis” specific to the Southern Ocean, and dynamically consistent interpolation of the observations. Using this observational data and the state estimate output, high resolution Earth system models are being improved to both increase our understanding of the Southern Ocean’s current workings and make better projections of the future trajectory of the Earth’s climate and biogeochemistry. 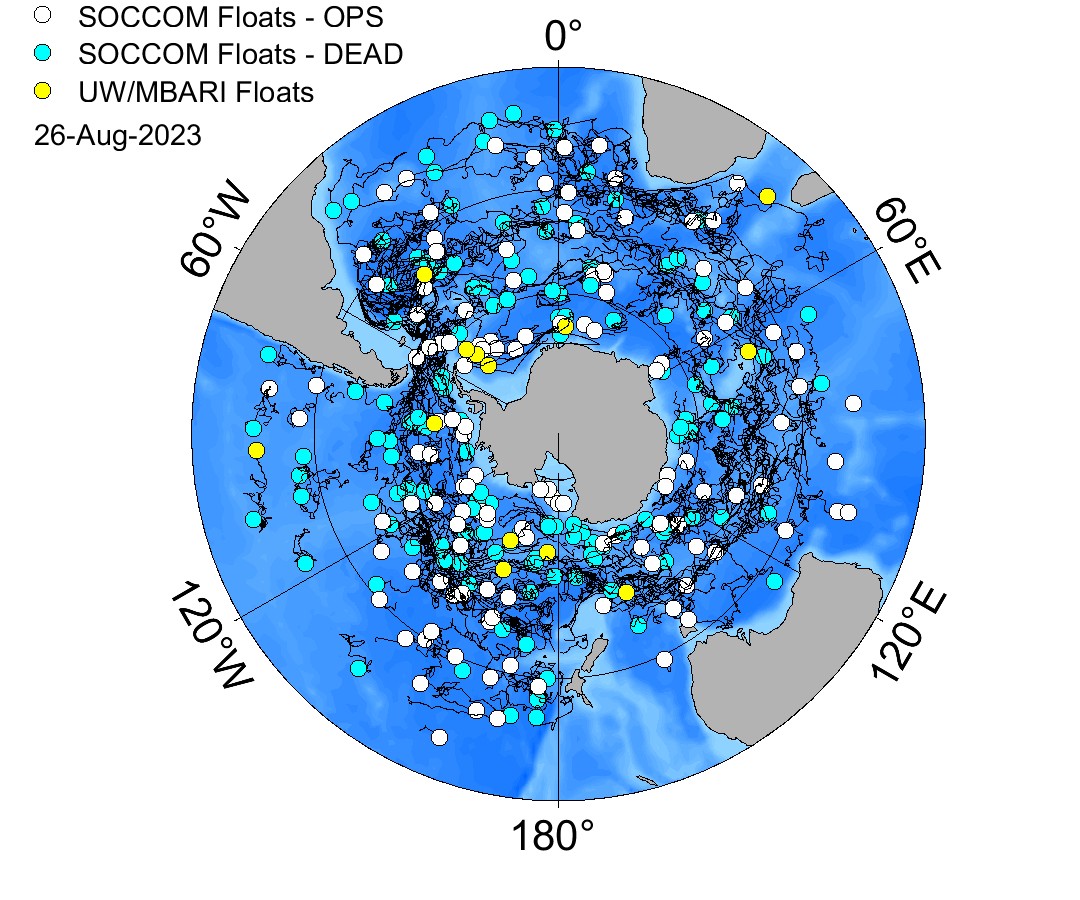 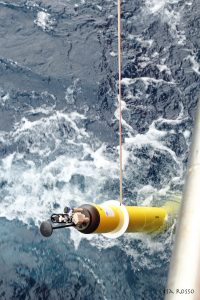 Climate change has triggered fundamental modifications of marine biotopes in the Arctic Ocean (AO). The decrease in the extent of the ice pack during summer has led to a 20% increase in the pan-Arctic primary production over the last decades. Phytoplankton blooms now occur earlier in the AO. In other parts, the structure of the phytoplankton community is shifting toward smaller species, typical of more oligotrophic conditions and some species found in warmer waters now migrate into the AO. The phytoplankton spring bloom that develops at the ice-edge accounts for much of annual primary production in the AO and is associated with large energy transfer to higher trophic levels and export of carbon to the bottom. How will these bloom dynamics respond to the major changes ongoing in the Arctic?

To study the dynamics of phytoplankton spring blooms, year-long high-frequency time series of phytoplankton phenology and its drivers are required. When adapted to navigate seasonal ice zones, biogeochemical (BGC) Argo floats are a complementary tool to remote sensing and oceanographic cruises, to study the dynamics of ice-edge spring phytoplankton blooms. LOV and TAKUVIK conducted optimization and testing of the PRO-ICE floats, manufactured by NKE, to ensure a successful ice avoidance strategy. The GREEN EDGE research project was the programmatic frame for the first ever deployments of the PRO-ICE floats in Baffin Bay in 2016. 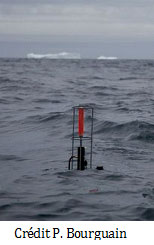 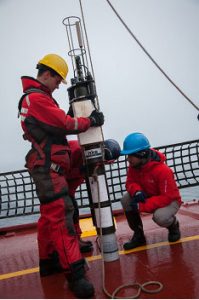 With a sustained involvement of LOV, Takuvik has deployed more than 16 PRO-ICE floats so far. The trajectories of the floats are shown in the map below. They collected an amazing set of data in Baffin Bay, including under-ice observations in winter and time series covering full seasonal cycles. This is an unprecedented set of data collected in the AO to understand the phenology of phytoplankton in Baffin Bay. These floats are equipped to measure 5 of the 6 BGC core parameters (chlorophyll fluorescence, CDOM fluorescence, particle back-scattering, oxygen, nitrate, and radiometry – 3 wavelengths + PAR-). An example of time series for the float WMO 6902671 (July 2017-October2018) is shown below. For more click here to visit the Coriolis float webpage. 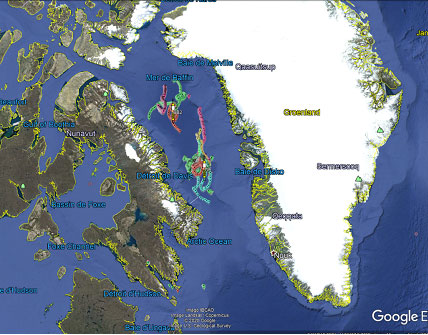 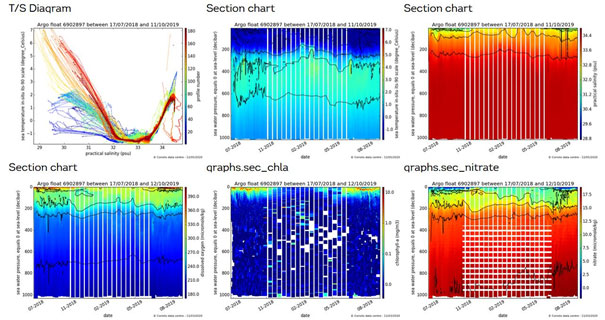 Additionally, a novel sensor for particle abundance measurements (Underwater Visio Profiler, UVP6) has been designed by LOV and manufactured by Hydroptic) and is implemented in one of the project’s floats to be deployed in 2020. However, as a consequence of the Covid situation, the summer 2020 deployment had to be postponed to Summer 2021.

A research initiative called SODA (Stratified Ocean Dynamics in the Arctic) is aiming to deploy ~20 floats in the area of the Beaufort Gyre and Chuckchi Sea. It has been implemented recently in 2016 and is planned for a 5 year period until 2021. A persistent loss of sea ice volume can be anticipated from the observed decrease in sea-ice extent and decreasing ages of the ice. The aim of SODA is therefore to understand these changes and their impact on arctic stratification and circulation, sea ice evolution, and the acoustic environment.

The floats deployed for this project are MRV Air Launched Autonomous Micro Observer – ALAMO- profiling floats, a smaller profiling float designed for deployment via an aircraft through a Sonobuoy-A size tube. The trajectory of one of the floats deployed in 2016 is shown in the figure below. Although the float was deployed in rather shallow water initially, and worked in an ice pack for a decent amount of time it operated for 147 cycles and monitored the multi-layer structure of temperature field in the Arctic over the shelf as well as the shelf break. For more ALAMO floats data visit the WHOI dedicated webpage. 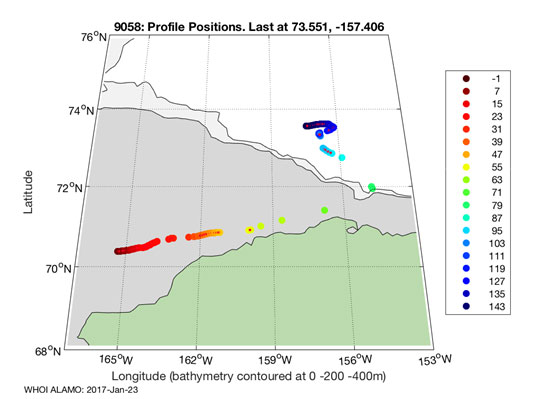 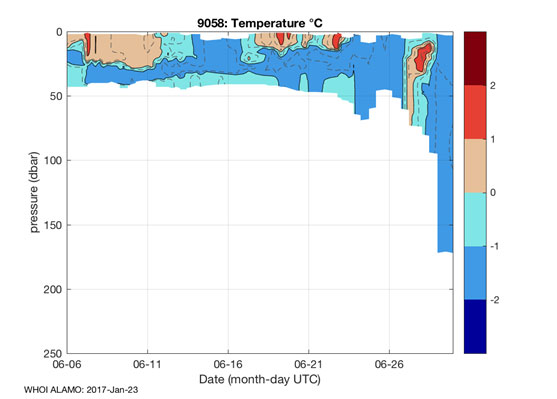 Argo floats in the European Arctic

Within MOCCA (Monitoring the Oceans and Climate Change with Argo), a project led by the Euro-Argo ERIC (European Research Infrastructure), an Ice Sensing Algorithm was locally tuned in preparation for a float deployment in the the Barents Sea. The float WMO 6903695 was deployed by Finland in September 2018 and operated with the recommended settings for ice sensing. The float was under ice between December 2018 and June 2019. Positions for these cycles are interpolated and shown in yellow in the inset of the figure below, which shows the time series of temperature profiles. Aborted ascent of the floats to the surface are visible in the section from missing near-surface temperature data. 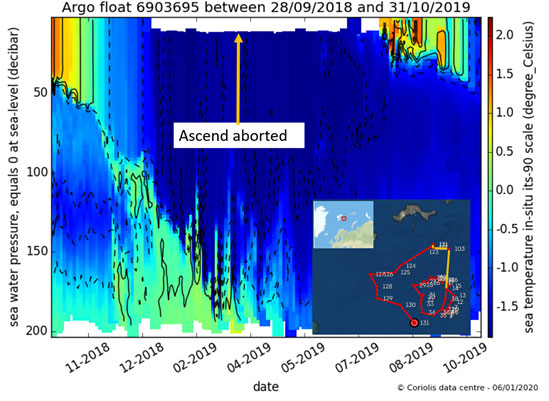